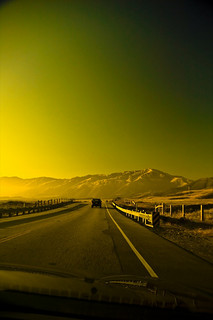 California uses a Tort insurance system. If you cause an accident on Californian roads, you (together with your insurance company) will have to take care of everybody’s medical expenses and  property damage costs.

Since limits are very low, at least compared to the general level of income in California, insurance experts recommend getting a Liability policy with much higher coverage.

About the use of cellphones while driving

Several cell phone and texting laws are being discussed by the Californian senate. One of them in particular – the Senate Bill 1475 – proposes much higher fines for drivers caught texting or using their cellphone when driving.

There is currently a ban on voice talks for school bus drivers and new drivers under 18, as well as on texting by all driver categories.

California uses the Graduated Driver Licensing system and allows all teens between 15 and a half and 18 years old to get a provisional license. By the time they get their Class D license, teenage drivers will face two restrictions:

Penalties for driving without insurance

At a rough calculation, getting caught without a valid insurance in California is about to cost you twice as you would have been billed for a one year Liability policy.

The court may rule the impoundment of the vehicle for which you were unable to show proof of insurance. You – or the legal owner, for financed or rented vehicles – will have to pay for the towing and storage of the car until you are able to show proof of financial responsibility.