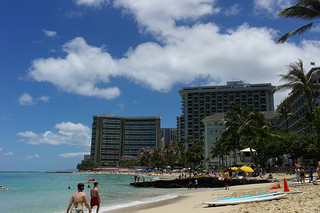 Hawaii uses a No-Fault auto insurance system, which means that your insurance company will pay for your medical expenses if you get injured in an accident, regardless of who was at fault.

Hawaii requires all drivers to hold Liability coverage of 20/40/10:

Hawaiians are also required to hold a Personal Insurance Protection policy with minimums of at least $10,000. Since Hawaii is a no-fault state, the PIP will act as primary coverage if you get injured in an accident, followed by the at fault party’s Bodily Injury Liability policy.

Laws about the use of cellphones when driving

There are no state-wide regulations regarding texting and the use of a cellphone when operating a vehicle. Hawaii County and Honolulu do require drivers to wear a hands-free device when driving.

Much like the rest of the country, Hawaii uses the Graduated Driver License (GDL) system to introduce teenagers to driving while minimizing the risk of accidents. Residents may join the program once they are 15 and a half years old and, by the time they turn 18, they will be facing several restrictions:

Penalties for driving uninsured or underinsured

Fines for driving without insurance in Hawaii start at $1,000 for the first offense and may go all the way up to $3,000 for the second one. Upon each subsequent offense they may go up even more. Fines won’t end all your problems – the court may rule to have your driver’s license suspended for three months if this is your first violation, or up to one year if not.

Your vehicle may also be impounded if you have had more than one violation in a five-year period. It will then only be released back to you once you can provide proof of valid insurance (or it will be released to the legal owner if it’s a financed or rented vehicle).

Moreover, repeated offenders may be sent to prison. At the judge’s discretion, you may be sent to jail if you have been caught driving uninsured at least twice in a five-year period.