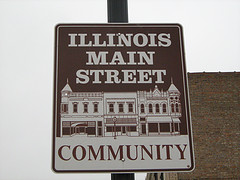 Illinois follows a Tort insurance system, which means that whoever is found at-fault for causing an accident must pay for the damages as well as the medical bills of every injured passenger or pedestrian involved.

The minimum requirements for auto insurance in Illinois are of 20/40/15 in Liability and 20/40 Uninsured/Underinsured Motorist coverage:

Text-based communications while operating a vehicle are banned state-wide. New drivers under 18, as well as school bus drivers, aren’t allowed to use cellphones altogether. All other traffic participants must use hands-free devices when making or answering a call.

Illinois uses the Graduated Driver License (GDL) system, a concept meant to keep high-risk situations down to a bare minimum for young and inexperienced drivers. GDL is meant for drivers between 15 and 17 and comes with several restrictions:

Penalties for driving uninsured or underinsured

Driving uninsured or without enough insurance is a petty offense that is sanctioned with a fine between $500 and $1,000 upon conviction. You may also have your license suspended for up to three months, after which you will be required to pay a reinstatement fee of $100.

If you cause an accident when driving without insurance you could be charged with a Class A misdemeanor, resulting in a maximum fine of $2,500 and up to one year of prison time.