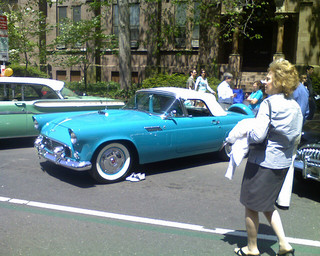 Indiana uses a Tort insurance system, which means that you will be in charge of all property damage and medical expenses if you cause a car accident.

Average insurance cost in Indiana is of $1,219, which is way below the national mean of $1,678. There are some cities with slightly more expensive insurance, but most of them aren’t even close to the national average. Here are some examples: $1,386 in Anderson, $1,347 in Fort Wayne, $1,331 in Indianapolis, $1,259 in South Bend. Bloomington seems to be one of the cheapest major cities in Indiana to be insured in, with an average premium of $1,089 per year, and Gary one of the most expensive, with a mean figure of $1,622.

The Indiana Senate has ruled that no drivers are allowed to send out text messages when operating a vehicle. Moreover, drivers younger than 18 may not use cellphones altogether.

Indiana uses the Graduated Driver License (GDL) system to help inexperienced drivers between 15 and 18 to better accommodate with the risks of driving a car on public roads, without putting them in dangerous situations. A teen with a restricted license may not drive between 11pm and 6am, unless accompanied by a relative of at least 21 with a valid driver’s license. During the day, a teen may only drive unaccompanied on the way to or from work, school, or in case of an emergency.

First-time offenders will get their driver’s license and/or registration suspended immediately for 90 days. Upon a second violation, your license or vehicle registration or both may be suspended for up to one year.

You will also be charge reinstatement fees once you manage to provide proof of insurance. You will pay $150 for the first offense, $225 for the second and $300 for the third one.