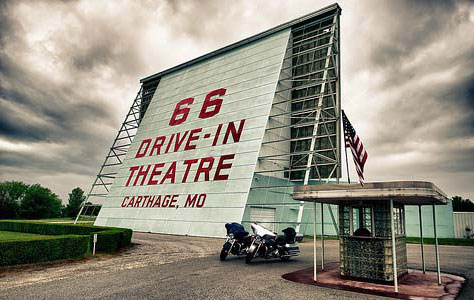 Missouri uses a Tort insurance system, which means that whoever has been found at fault in an accident has to compensate the other parties for their material losses and, eventually, cover their medical bills.

The state of Missouri requires all drivers to carry at least a Liability insurance and a Uninsured Motorist Bodily Injury coverage, with the following limits:

The average insurance rates in Missouri are in line with the national ones – an average Missouri resident spends $1,698 a year on car insurance, while the national median is of $1,678. Much cheaper rates can be found across the state though. Insurance costs, for instance, only an average of $1,110 in Columbia, $1,195 in Springfield or $1,287 in Saint Joseph,

Using a phone when driving

The Missouri Senate is considering several texting/cellphone laws for distracted drivers. One of them, the House Bill 92, will make it a misdemeanor to use a cellular phone while operating a car. As of now, only new drivers aged 21 and under aren’t allowed to use text-based communication when driving a vehicle.

Missouri uses a Graduated Driver Licensing system to help teenage drivers gain hands-on experience with driving on public roads before getting their full-fledged license. It is meant for aspiring drivers of at least 15 years old and kids with provisional licenses will face some restrictions:

Violations of these restrictions can result in fines, license suspension for a few months or even revocation of the GDL driving privileges.

Driving without insurance in Missouri

It is illegal to operate a vehicle without insurance in Missouri. If you get pulled over, your license will be suspended and it will be reinstated as soon as you pay a $20 fee and show proof of insurance. The penalty for first-time offenders is, indeed, light – but it will stay on your record and will have an impact on your future insurance premiums.

Upon a second suspension in a two year interval, you can have your license back after 90 days, provided you pay a reinstatement fee of $200 and provide proof of insurance.

For the third and subsequent suspensions, you will get your license back after one year and be charged $400.