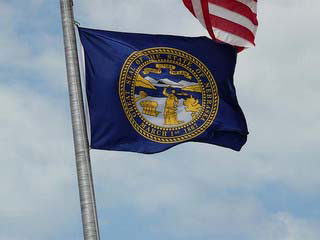 Nebraska uses a Tort insurance system. In other words, if you cause an accident, you (together with your insurance carrier) will be asked to reimburse the other parties for their material losses and, if necessary, cover their medical expenses.

The state of Nebraska requires all drivers to hold at least a 25/50/25 Liability policy with 25/50 Uninsured Motorist coverage:

Using a cellphone when driving

Nebraska has put a ban on all text-based communication when operating a vehicle. New drivers under 18 aren’t allowed to use cellphones altogether. The Nebraska Senate currently analyzes a law that would put a full ban on the use of wireless devices when driving.

Nebraska uses a Graduated Driver License (GDL) system to help aspiring drivers gain hands-on experience with driving on public roads. The program is open for teens as young as 14, and kids can get various provisional driving permits based on their age and behind-the-wheel experience.

Penalties for driving uninsured in Nebraska

Nebraska laws require that you always carry proof of insurance in the car and be able to produce it when asked by the law enforcement agencies. If you are caught without insurance, you risk a fine of up to $500 for the first offense, plus the immediate suspension of your driver’s license and registration certificate. Your driving privileges will then be reinstated once you show proof of financial responsibility, which is usually in the form of a SR22 certificate.