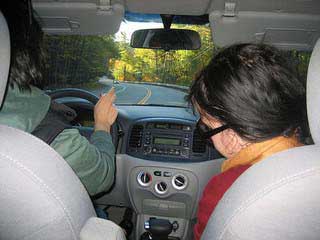 New Hampshire follows a Tort system. If you have caused an accident, you (and your insurer) have to pay for the damages and cover the eventual medical bills of the parties involved.

New Hampshire is one of the few states that doesn’t ask its drivers to own an auto insurance policy. The NH Financial Responsibility Law gives drivers the choice to either sign an insurance contract or have enough money to pay for eventual damages on their own.

The minimum recommended coverage is of:

About driving and using a cellphone

The state of New Hampshire has put a complete ban on text-based communication while operating a vehicle. No further restrictions are in place, but drivers are always recommended to wear a hands-free device when engaging in a phone conversation from behind the wheel.

New Hampshire uses the Graduated Driver License system and is open to teenagers of 16 or more. Aspiring drivers may obtain a Youth Operating License (YOP) after completing 20 hours of supervised driving and passing a vision and driving test. Several restrictions apply for provisional license holders:

Since New Hampshire doesn’t specifically ask drivers to hold an insurance policy, there are no penalties for driving uninsured, provided you can afford to pay for all eventual damages.