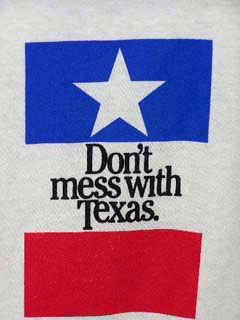 Texas uses a Tort insurance system. In other words, if you are found at-fault for causing a traffic accident, you and your insurance company will be responsible to pay for the damages. The insurer will pay up to the limits agreed in the policy and, should those not suffice, the injured parties may come after you for the difference.

The minimum Liability insurance requirement in Texas is of 30/60/25, one of the highest in the country:

Texas teenagers need to be at least 15 years old to drive. The Graduated Driver License system is used. Provisional license holders may not drive without a driver of at least 21 years old in the front seat, may not transport more than one passenger over 21, excluding immediate family members and may not drive between midnight and 5am unless to/from work or school or in case of an emergency. These restrictions are in place for six months and will be lifted if the teen has a good driving record.

Texas has recently passed a bill to restrict the use of cell phones when driving. Drivers younger than 18 may not use a cell phone altogether and neither may bus drivers when transporting passengers under 17 years old.

Driving without insurance in Texas

Being unable to provide proof of insurance in Texas is a Class 1 misdemeanor. First-time offenders will be fined between $175 and $350 and, upon a second offense, you may have to pay up to $1,000. Next to the fines, you will be charged a penalty of $250 per year, for three years.

Moreover, your driving privileges will be suspended until you buy an insurance policy. If you got involved in a traffic accident you will be required to file a SR22 certificate for three years, regardless of who was found at-fault in the crash.