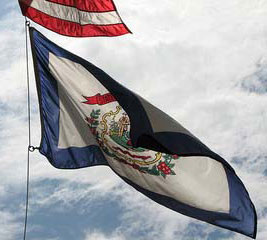 West Virginia uses a Tort insurance system. Drivers found at fault in a car accident, together with their insurance carriers, are responsible for covering the material damages caused and, if necessary, paying for everybody’s medical treatment as well.

West Virginia residents typically pay above-average rates for car insurance. The median quote in the state is of $2,179, while the rest of the country pays around $1,678. Rates vary, however, from one county to another and may also fluctuate on a monthly basis, so there is still hope that you might pay much less.

About driving and using a cellphone

The state of West Virginia has yet to consider some laws to prevent distracted driving. As of now, the only restriction in place is that drivers in the GDL program may not use cellphones altogether while operating a vehicle.

Driving without insurance in West Virginia leads to administrative and criminal penalties. The vehicle registration will be suspended automatically, and you will be charged a $100 reinstatement fee when re-registering the car. Your driver’s license will also be suspended for 30 days and for 90 upon a second conviction. The reinstatement fee for the license is of $50. The court of law may also rule up to 30 days of jail time and/or a fine of not more than $1,500.