Why Did The Auto Insurance Company Deny My Claim? 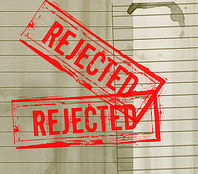 Having a car accident is stressful enough already, but the insurer denying your claim can make things even worse. It’s important to know what your insurer is going to cover and the scenarios that will get your claim denied – it will save you some hassles and embarrassment. Here are some common reasons why the auto insurance company would deny your claim.

The incident is not covered

Did you hit an animal and are filing a collision claim? Accidents involving animals are covered by Comprehensive policies. Did you file for an Uninsured motorist claim and the other party had insurance? Were you at fault and want to get your car repaired on a Liability policy?

Not paying the premiums on time will lead to the cancellation of your policy. Most companies offer a grace period between one day and one month, but you usually have to contact them and ask for such an extension. Once your policy has lapsed, you are uninsured – the insurance company has no legal obligation to reimburse you for your incurred damages.

You have committed a serious traffic violation

Causing an accident as a result of driving while intoxicated or with a suspended license usually entitles the insurer to deny all claims. Read the contract and see the terms under which the insurer’s obligations are waived.

The claim exceeds the covered amount

If you file a claim for, let’s say, $50,000 in property damage and you only hold the state’s legal limits, which are hardly higher than $25,000, you will most likely be denied. You will have to file another claim for the maximum amount covered and take care of the difference on your own.