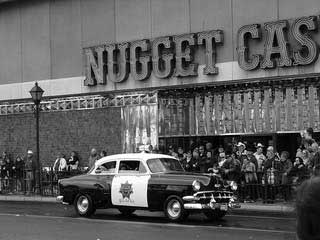 Nevada follows a Tort insurance system, which means that, should you be found at fault for causing a car accident, you have to reimburse the other parties for their material damages and, if necessary, cover their medical bills.

Drivers in Nevada must hold at least a 15/30/10 Liability policy:

The state of Nevada doesn’t have any restrictions for using cell phones when operating a car. There was a bill proposed by the state Senate in 2009, but it failed. However, drivers are recommended not to engage in text-based communication when driving and also to wear hands-free devices when answering or making a call.

Nevada uses a Graduated Driver Licensing (GDL) system for teenage drivers. To get an instruction permit, aspiring drivers have to be at least 15 and a half years old, pass a legislation test and complete at least 50 hours of behind-the-wheel practice, including 10 hours at night. Several restrictions apply for provisional license holders:

Violations of these restrictions may lead to the suspension of all driving privileges.

Penalties for driving uninsured in Nevada

The state of Nevada asks all motorists to maintain continuous liability insurance for all registered vehicles, or face an immediate suspension of the registration certificates followed by a reinstatement fee of $250.

If caught in traffic without valid insurance, penalties are even stiffer, as of July 1st, 2011: