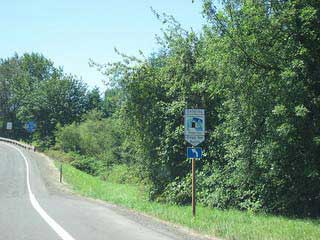 Oregon follows a Tort insurance system — if you were found at fault in an accident then you and your insurance company are responsible for reimbursing the other parties for their material losses and, eventually, take care of their medical expenses.

Use of handheld devices while driving

The Oregon House Bill 2377 has put a ban on all text-based communication when operating a vehicle. Moreover, new drivers under 18 aren’t allowed to use cellphones altogether when behind the wheel. No further restrictions are in place, but authorities also recommend using hands-free devices when engaging in phone calls.

Oregon uses the Graduated Driver Licensing system, a concept meant to gradually introduce teenagers to driving on public roads. Kids are encouraged to get behind-the-wheel experience while keeping the incidence of stressful and risky situations down to a bare minimum. Several restrictions apply to GDL drivers:

Violating these restrictions can lead to the suspension of the driving privileges or even revocation of the provisional permit.

Penalties for driving uninsured in Oregon

Driving without insurance in Oregon is a Class B traffic violation, same as being unable to show proof of evidence when being pulled over. You will be fined around $300, lose your driving privileges for 30 to 60 days and, in some areas, have your vehicle towed. If you are also convicted of driving without insurance you will have to file a SR22 certificate for three years.

If you are also involved in a car accident, whether or not you were at fault, your driver’s license will be suspended for a year and you will have a three year SR22 filing requirement once the suspension is over.